Part 1 of The Story of the Matthew Bible was about the non-revolutionary Reformation and its peaceful soldiers, William Tyndale, Thomas Cranmer, and the men who fought for the word of God. Those men did not fight with violence, but only suffered violence. They helped build the Church of England, and were a small group. 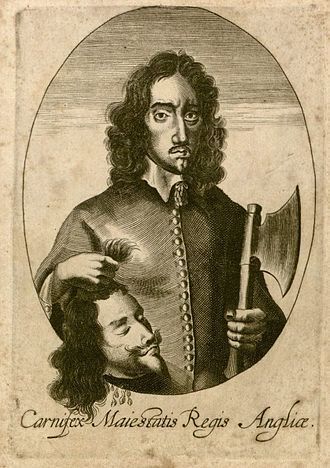 But now, for Part 2 of The Story I have been researching the revolutionary Reformers, who sought from the very beginning to tear down the CofE. These were the Puritans, a large group. Religious zeal caused them to build an army and go to war violently to “complete the Reformation,” and to establish the kingdom of Christ with a Church built on the Geneva model. I have traced their writings and manifestos from their exile in Frankfort and Geneva in 1553, when Queen Mary came to the throne, to their revolution in the next century, in which there were over 200,000 war-related deaths. The Puritan Oliver Cromwell, known as “General of the Parliament,” beheaded his king. Peaceful he was not.

I’ve noticed that many modern writers sentimentalize or even justify the Puritan revolution. This is dangerous and irresponsible. I’ll have to wait for Part 2 of The Story to share more (which I’d rather not share) about the intrigue, false trials, and evils of the whole miserable affair. One historian observed in this context:

Comparison with situation in the USA

What has this to do with the Democrats? I keep seeing parallels between the Puritan revolt and the present Democratic revolt in the USA. “Rome, Rome!” was the battle cry against King Charles. “Russia, Russia!” is the cry against President Trump. These are both false appearances, which stir up fear, outrage, and fanaticism.

Please note, I do not deny the evils of Rome. Anyone who read Part 1 of The Story knows that. But I reject how the Puritans incited people to rage through a fiction that the Church of England, which Thomas Cranmer built and died for, was the shadow of Rome. Rome killed Cranmer, but the Puritans would have us believe he was a Roman lackey who left “Romish dregs” in the liturgy. (Some people reading this will still believe it, as I myself once did; that’s the Puritan legacy.) Anyway, this “Rome, Rome!” business is similar to the Democrat fiction that Trump is a lackey of Russia.

I suppose every revolution has the same ingredients, just with different flavours. To compare them is an eye-opener. It reveals the same tactics:

The spirit of revolution disregards moral and civil obligations

These are not the tactics of peacemakers, nor of men who fight only with the sword of truth. Historian David Hume (History of Great Britain) observed the state of affairs in the country before the Puritans finally toppled the government of King Charles:

The distempered imaginations of men were agitated with a continual dread of popery, with a horror against prelacy, with an antipathy to ceremonies and liturgy, and with a violent affection for whatever was most opposite to these objects of aversion. The fanatical spirit, let loose, confounded all regard to ease, safety, interest, and dissolved every moral and civil obligation. (2)

Change a few words, and see how this fits today:

The distempered imaginations of men are agitated with a continual dread of Trump, with a horror against white supremacists, with an antipathy to border walls and immigration laws, and with a violent affection for whatever is most opposite to these objects of aversion. The fanatical spirit, let loose, has confounded all regard to ease, safety, interest, and dissolved every moral and civil obligation.

We see all this in the US today. The Puritan parliament confiscated the property of Delinquents, but the Dems have to be content with refusing restaurant service to Deplorables. What would happen if they had all the power they wanted?

The same spirit is behind all this: the prince of this world, the father of lies. He wants to divide, to make war and unrest. His leaven is pious-sounding falsehood, and by it he deceives the simple. It is certain that none of this is the work of the Holy Spirit.

The true Reformation was law-abiding

The true English Reformation, which began under King Henry and was completed under his son Edward, was not accomplished through revolution – unless we call it a spiritual revolution. The soldiers fought with prayer and hard work, in weakness. There was no army, no uprising to depose the secular powers. To be sure, there was upheaval. But, as Luther was fond of saying, the word of God is the only sword Christians may lawfully use to effect change. That, and the lawful work of men whom God placed in King Henry’s court at just the right time, brought about the true Reformation.

The period of the rebel Puritan rule in England is known as the Commonwealth or Interregnum. ‘Interregnum’ is a Latin word that means temporary rule during a suspension of the usual government. During the Interregnum, religious coercion – or freedom, as the Puritans called it – was severe, and so people turned against them. They went down, and the fickle people welcomed Charles’ son back with delirious joy, happy to have a king again.

Check out The Story of the Matthew Bible and our other books on our new shopping page: https://baruchhousepublishing.com/book-store/

More information about the Puritan war on the Church of England and their rejection of the Reformation under Kings Henry VIII and King Edward VI is here: https://newmatthewbible.org/The-Puritan-Rejection-of-the-Tyndale-Matthew-Bible.pdf

Blessed are the peacemakers, for they shall be called the children of God (Matthew 5:9)

« Tyndale: Don’t Tamper with My Translation and Call It a “Diligent Correction”
Dedication to Queen Elizabeth, 1560 Geneva Bible »